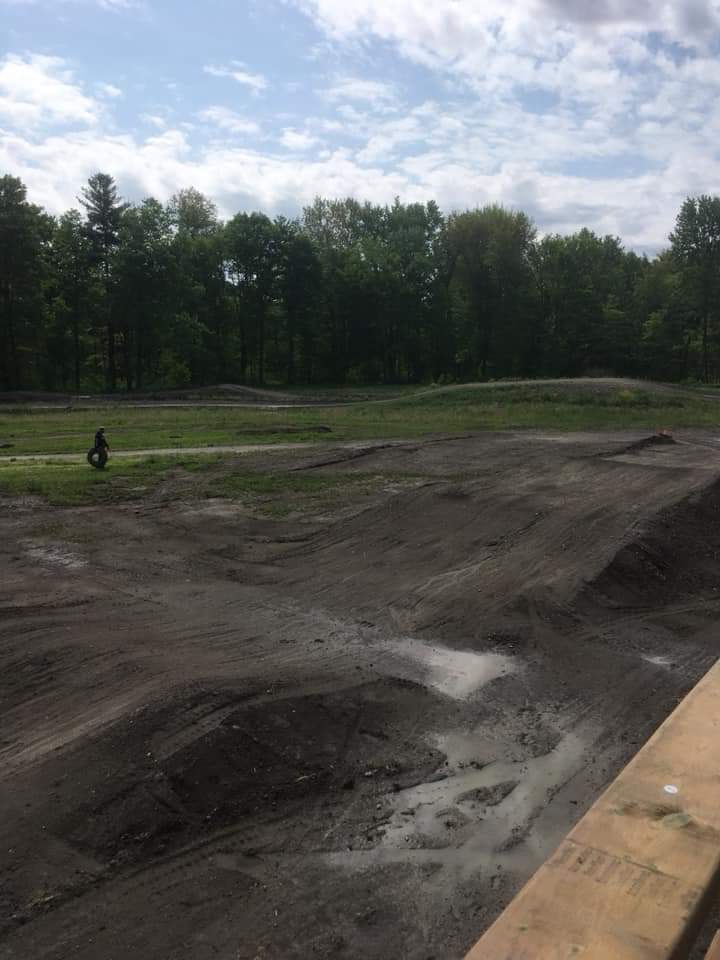 After the Canadian RC Nationals of 2018, the 5th Scale community fell into a slump. The Canadian RC Nationals are held at Walton Raceway, which is first and foremost a MotoCross track and only used by the 5th Scale RC racers that one weekend a year. So it’s not a venue we can just go and race at or practice on whenever we want. The only track we could use was RCAcres. The owner of that track had pumped up our hopes about doing an Eastern Championship but then…nothing. Without any announcement or other communication, he walked away quietly to follow other interests. He wouldn’t even entertain the idea of allowing the community to organize events at his track. Not even at a cost. And so, over night, the 5th Scale RC communitty of racers had nowhere to go. Once Winter was on the horizon, racers started selling their 5th Scale RC cars, trucks and buggys (mostly to people in the USA where 5th Scale racing is thriving and there are lots of tracks to race at).

Not only did Ontario now lack any tracks, it also lacks structure and organization. However, people are still interested and new people ask on FaceBook about how to get involved. They want to buy a 5th Scale but don’t know where to take it. So instead they buy a 10th or 8th scale because there are many tracks for them and they are organized.

Then along comes a post on our only online source of information (a FaceBook group), that a couple guys are willing to put in the work to build a small track at the Gore Road MX track. They already got the green light to do so from the property owner and it would make a nice addition for little kids to learn to ride on instead of on the main track. This was amazing news and more than enough people were willing to pay a membership fee which would cover the costs of building material and renting heavy equipment needed to build the RC track. After a couple months, word came that the track is ready for it to be tested.

It was small and still needed some work but it was exciting to be out on a track again. Especially for this driver who is still a total newbie. There isn’t a timing system, or a PA system for announcements, the drivers stand is on some scaffolding and there is one port-a-potty on site but we don’t care. It’s a place for use to play again.

Unfortunately, out first day out, not many people showed up. The rain from the previous day was sure to leave the track very wet and likely unusable. Some of us though just couldn’t stay away but as expected, the track was wet with some standing water and was unusable until it dried up a bit. Eventually the sun came out and dried the track enough for us to try it out (although we did have to avoid some spots).

Once again, life is returning for the 5th Scale RC community. We really do need 1-2 more tracks though. With that and a bit of organization, we can build a proper racing series in Ontario…and drivers WILL come.

There were only nine of us out there but there were dozens more online, waiting eagerly, to hear about the new track and what it was like to drive. In short…it was awesome! What was great to see was that Andrew from SkyCraft Hobbies came out with his truck full of parts to support us. SkyCraft Hobbies has been a huge supporter of 5th Scale and we really appreciate it.

RC racing is by the most affordable form of motorsports and the 5th Scale racing community, although small, is quite possibly the most welcoming. If a driver needs help, advice, even a spare part, other drivers are willing to assist.

A mantra that I’m learning that all RC racers go by is:
Drive it, jump it, break it, fix it…repeat!