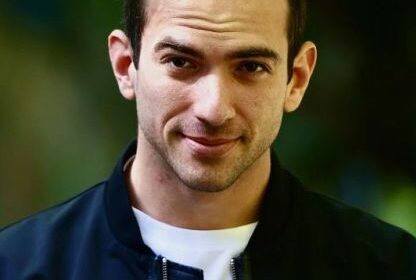 As a Canadian, I really hoped that Nicholas Latifi would become the F1 driver that we could be proud of. Sure we also have Lance Stroll but he’s not exactly respected in the motorsports community. The other reason I hoped that Nicky would do well is because I helped with his coaching when he transitioned from F2 to F1. His driving coach is a good friend of mine so I was asked to help out on a few of his training days in Canada.

If his F1 performance was as great as his personality, he would be a contender for a top ride but alas, that isn’t the case. He really is a great guy. He’s easy to get along with and he’s well respected in the paddock. He’s also a darn good driver. The numbers are there to prove it, but his ability to perform when the pressure is on…in qualifying or in the race…he seems to falter.

Now in fairness, his first F1 car in 2020 with Williams was horrible. It was nearly undrivable and even his teammate George Russell who had more experience with it, struggled. In 2021 the car was a bit better and constantly improving but that means the drivers had to constantly adapt to an ever changing car. Not an easy task and it took time to figure it out. In the 2nd half of 2021, Nicky started figuring it out and started delivering. Not consistently but enough to get an 8th place finish. But that would be his greatest success in Formula 1.

In 2022, came new rules and new cars for everyone. Latifi also had a new teammate with Alex Albon. There were lots of changes in 2022. New rules, new cars, a new teammate, first full season with the new team owners, and there was something else…his driving was different.

It’s difficult to put a finger on it though because on one hand his skill was improved and his lap times in practice rivaled Mercedes and Red Bull but during qualifying and the races, he just couldn’t deliver. He regularly started at the back, if not dead last, and usually finished there also. He was also developing a reputation for crashing.

With his contract expiring at the end of 2022, it really isn’t surprising to see the announcement from Williams and Latifi that his contract will not be renewed. Who is to replace him is still not known, or at least it hasn’t yet been announced, but it’s the end of the road with Williams. It will probably be the end of his career in Formula 1 also. There are many other drivers waiting for a chance in F1 and there are only 20 seats available at this time, and it’s unlikely that any of the other teams will consider Latifi considering his performance over the last three years.

This doesn’t mean his racing career is over. I’ve been saying for over a year that he would be better suited in IndyCar in the USA, or perhaps in ALMS in a LMP1 car. But in F1, the margins between the fastest and slowest is less than one second…well that proved to be just to tight for him to compete in.

I really hope that he can refocus his mind and whatever it is(was) that was messing with his mind that was causing him to drop the ball when the pressure was on, because the numbers don’t lie…the man can drive just as fast as the rest of them. But it’s on race day when you really need to perform, not practice.

Lets focus on a different form of motorsports where the demands aren’t as insane. IndyCar would be ideal and they would be lucky to have him.