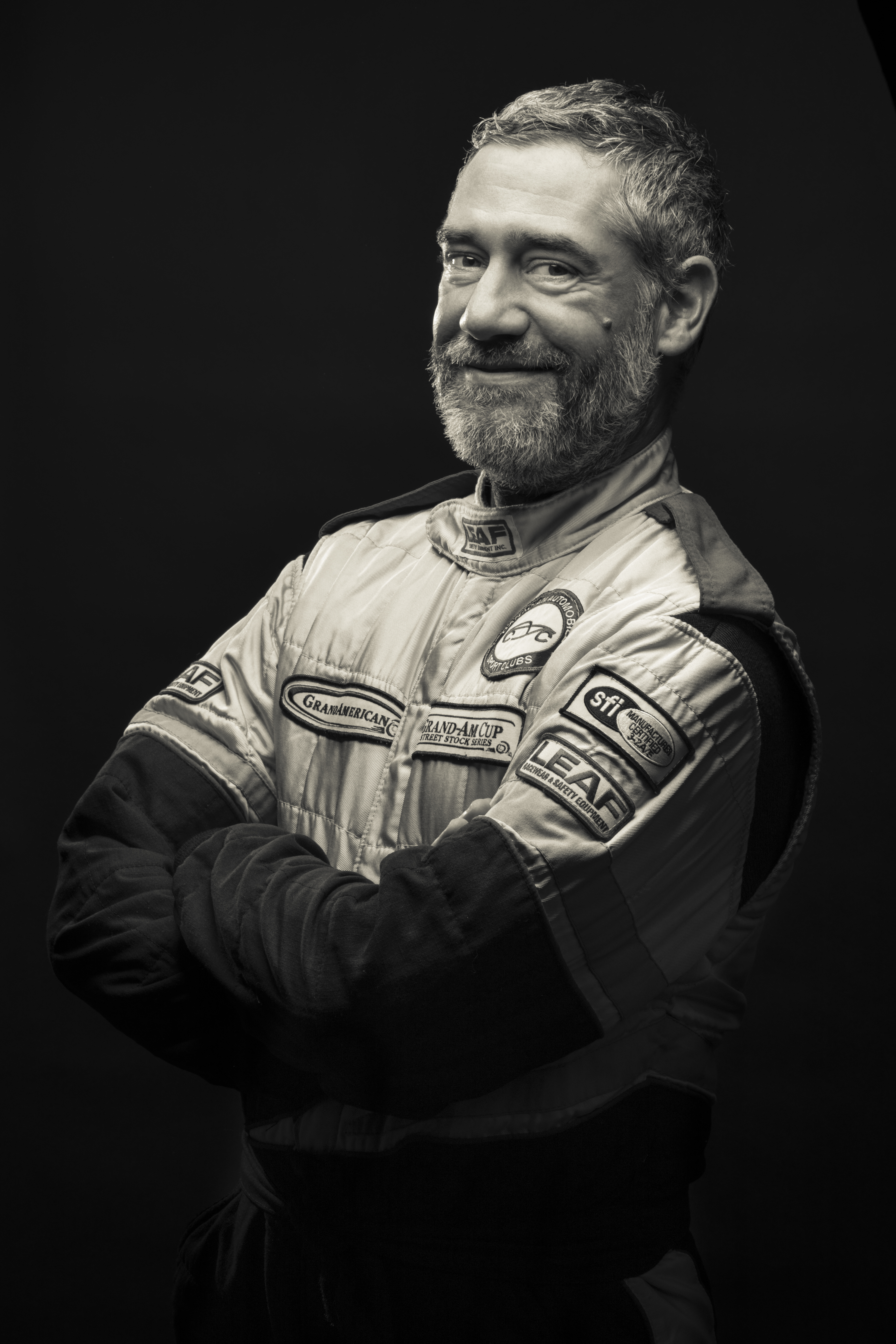 Shaun de Jager knew he wanted to be a race-car driver as a child.
At the age of 10 an uncle began taking him along on family outings to Mosport International Raceway in Bowmanville (now called Canadian Tire Motorsport Park) and they would camp out there on race weekends. It was an instant passion.

“Every little boy wants to grow up to be a race-car driver!”
His mind a thirsty sponge for all the knowledge he could aquire and retain, Shaun committed himself to studying the art and science of professional race-car driving. He could hardly wait to get behind the wheel and compete in his first race. There were obstacles to get past, funding being the main one back then. In 2002 an opportunity presented itself. Despite the fact that he was already a little long in the racing tooth to be starting out, Shaun’s employer recognized his passion for racing and sponsored him.

And it didn’t take de Jager long to go pro either. In 2 short years Shaun climbed his way up the ranks. From 2002 until 2005, Shaun enjoyed frequent wins and podiums. By 2004 he was racing professionally. But after the 2005 season the company who had sponsored him those 3 years restructured and as successful as he was, Shaun was no longer part of the plan for them.

It was a major setback but the love of racing remained and the experience he gained allowed him to continue in the world of motorsport, just not as a racer.

Shaun began coaching at track schools, car clubs, and corporate track days, and in time he began teaching advanced tactical driving skills and coaching up and coming race car and go-kart drivers. He carved out a sustainable career for himself but the thrill of being behind the wheel at the races eluded him. Not only was the funding not there but now there were health issues that needed to be addressed. After surgery on both legs in 2012 he was left with 2 additional hurdles to get over. Re-learning to walk and pulmonary embolisms that have brought him close to death more than once. Then came the cancer in 2020, which took his tongue and his ability to speak clearly. Yet he perseveres, persists and rises above with a passion stronger than ever.

“You’ve heard of times when people have been in life threatening situations and they say that time seemed to slow down…that happens to racers. But it isn’t for a few seconds…it lasts for the whole race. Yet at the same time, we know it’s happening in the blink of an eye.”

Today Shaun continues to teach not only advanced winter and tactical driving but he also does private coaching. In five short months during the 2017/18 winter season he coached a young Matthew Hayley to break the Guinness World Record for longest distance in 24hrs for Indoor go-karting.

Now it’s time for Shaun to “get back in the race again”. After experiencing the highs and lows of being a successful racer, Shaun is ready to get back behind the racing wheel. There will be rigourous training physically and mentally. The challenge will be real. He is no spring chicken and the odds might be stacked against him but he is gutsy and he will do it in one form or another.